Lambics branded “Timmermans” preserve tradition of this great drink for 300 years and is the oldest fruit in the world of Belgian beer. This unique beer is brewed on the basis of 30% of wheat by spontaneous fermentation in an old brewery located in the valley of the Senne. They say that there is a special air, so the true lambic is brewed only within a radius of 15 km from Brussels, in the area known as Pajottenland. 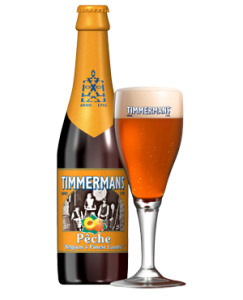 “Timmermans” Kriek Lambicus – famous lambic cherry red color, the bouquet is filled with natural freshness that can quench your thirst, and beautiful tones of ripe, sun-warmed cherry, gladdening refinement and summer mood. The powerful aroma and soft, graceful, long the taste of beer is dominated by a pleasant fruity sweetness that neutralize the natural acidity.
Interestingly, this is the world’s only cherry lambic, which is produced with the use of not only the juice (in lambic “Timmermans” its 15% – 13.5% cherry juice and elderberry juice 1.5%), and whole cherries. It is said that in the 650-liter barrel manufacturer adds 100 kg of fresh cherries. 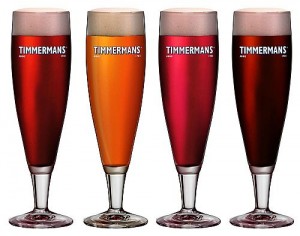 The brewery John Martin, founded in 1909, is named after its creator – an Englishman, John Martin, who in 1909 moved to Belgium in Antwerp. At first, Martin delivers soft drinks and Schweppes Indien Tonic and import of English beer. In 1912 he became the official importer of Guinness and Bass Pale Ale. At the same time, John is developing its own product – “Gordon” Scotch Ale, and continues to work on other ales. This style will be a priority in the company. In 1950, Martin released the famous “Bulldog” Pale Ale, who after the death of Martin’s sons renamed “Martin’s” Pale Ale.
In 1955, John buys and restores the Chateau du Lac in Genval, in which children and grandchildren Martin will open 5-star hotel that will be the beginning of large areas of the hotel business. Heirs of John Martin greatly expanded and developed the company by acquiring a number of brands and breweries. One of the most significant purchases became a brewery, “Timmermans”, known since 1888. The brewery John Martin is constantly evolving, while carefully preserving the ancient secrets of brewing and beer making tradition of natural products. Today, the brewery successfully manages grandson John – Anthony Martin.