It is one of the top-selling beers worldwide. Outside Mexico Corona is commonly served with a wedge of lime or lemon in the neck of the bottle to add tartness and flavor.

In the United States, Corona Extra is the top selling imported beer.

According to Sinebrychoff, a Finnish company owned by the Carlsberg Group, Corona Extra contains barley malt, rice and/or corn, hops,yeast, antioxidants (ascorbic acid), and propylene glycol alginate as a stabiliser. 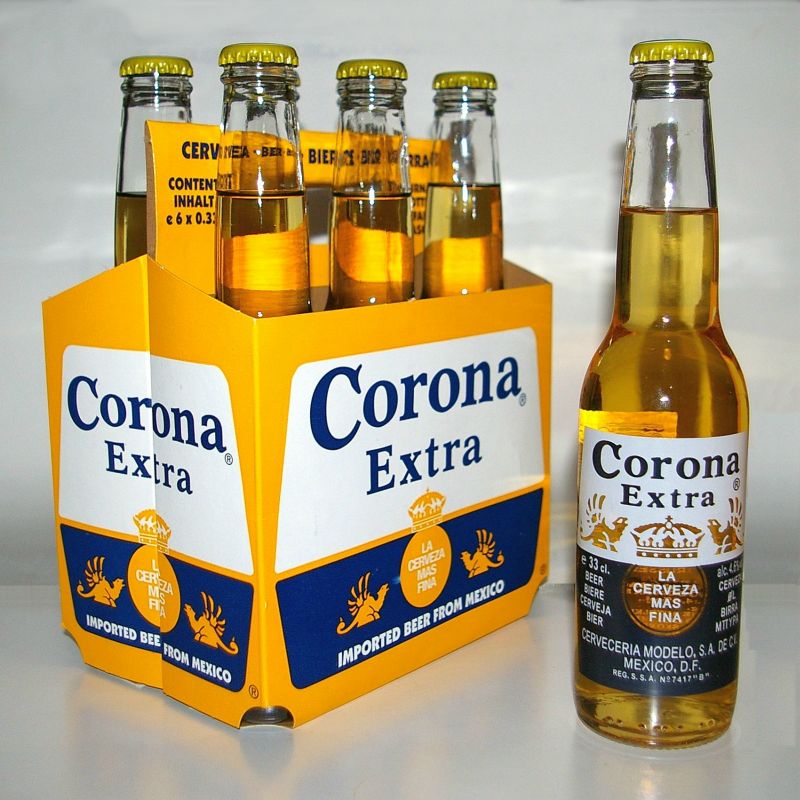 A draught version also exists, as does canned Corona in some markets as of 2012.

An explanation for the origin of the distinctive ‘crown’ logo from which Corona takes its name since 1925, says it was based on the crown that adorns the Cathedral of Our Lady of Guadalupe in the town of Puerto Vallarta.

This cannot be, as the tower that supports the crown was only erected in 1952, the crown itself being installed at the top in 1963. In Spain, the beer is branded as “Coronita” (literally, little crown), as renowned wine maker, Bodegas Torres owns the trademark for “Coronas” since 1907.

The packaging is otherwise unchanged. In the United Kingdom, Canada and the United States, smaller, 210ml (7 fl. oz) bottles of the beer are also branded as “Coronita”. 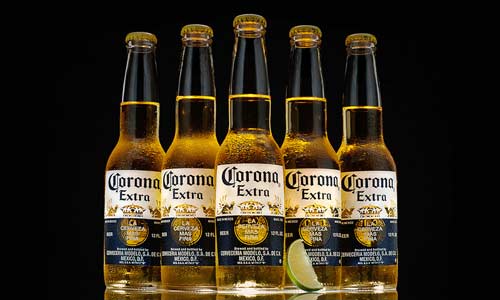 Some bars and restaurants, including Chili’s and Dave and Busters, serve a “Coronarita”, beer cocktail that consists of a bottle of Corona upturned to drain into a margarita.