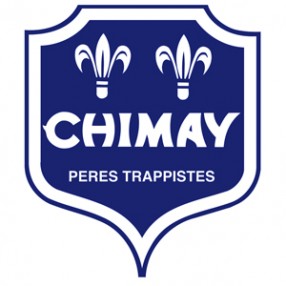 Chimay Brewery (“Bières de Chimay”) is a beer brewery in Chimay, southern Hainaut, Belgium. The brewery is located in theScourmont Abbey, a Trappist monastery, and is one of the eleven breweries worldwide that produce Trappist beer. They make three widely distributed ales: Chimay Rouge, Chimay Bleue, and Chimay Blanche; and they make one patersbier exclusively for the monks. The monastery also makes four varieties of cheese.

The brewery was founded inside Scourmont Abbey, in the Belgian city of Chimay in 1862.

The brewery produces three widely distributed ales and a patersbier exclusively for the monks (occasionally sold as Chimay Gold); they are known as Trappist beers because they are made in a Trappist monastery. It was the first brewery to use the Trappist Ale designation on its labels.

As with all other Trappist breweries, the beer is sold only for financial support of the monastery and good causes.

The brewery business pays rent for use of the property within the abbey, which is used to support the monastic community. The majority of the profit from the sale of the beer is distributed to charities and for community development around the region.As of 2007, sales figures for Chimay products exceeded $50 million per year.

The water for the beers is drawn from a well located inside the monastery walls. The filtered solids from the beer mash are recycled into livestock feed which is given to the same cows that produce the milk for Chimay cheeses.

The beer is transported from the monastery to the bottling plant 12 km away, which can fill 40,000 bottles per hour, of which many are returns. The beer is then refermented in the bottle for three weeks before being shipped around the world. Fifty percent of Chimay beer production is sold on the export markets. 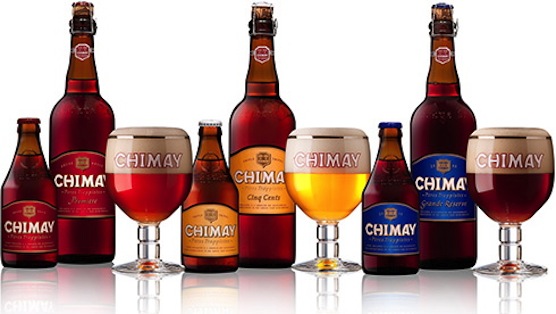 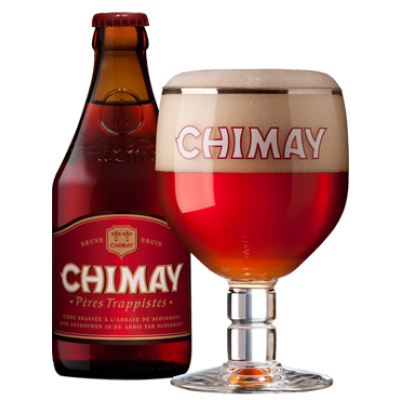 in Rouge and Bleue for colouring.

Chimay Red, 7% ABV. In the 75 cl bottle, it is known as Première. It is a dark brown colour dubbel and has a sweet, fruity aroma. 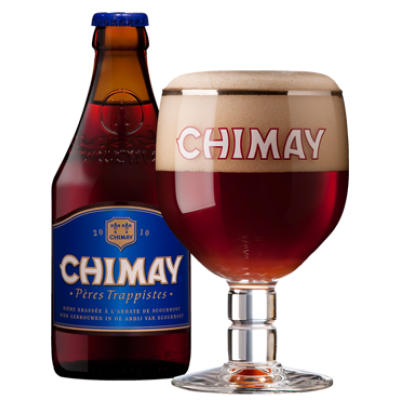 Chimay Blue, 9% ABV darker ale. In the 75 cl bottle, it is known as Grande Réserve. This copper-brown beer has a light creamy head and a s 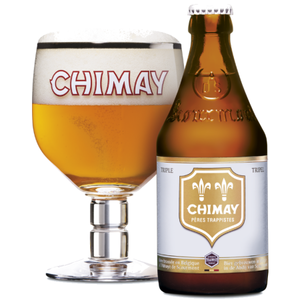 lightly bitter taste. Considered to be the “classic” Chimay ale, it exhibits a considerable depth of fruity, peppery character.

Chimay Chimay Triple, 8% ABV golden tripel. In the 75 cl bottle, it is known as Cinq Cents. This crisp beer bears a light orange colour, and is the most hopped and driest of the three. 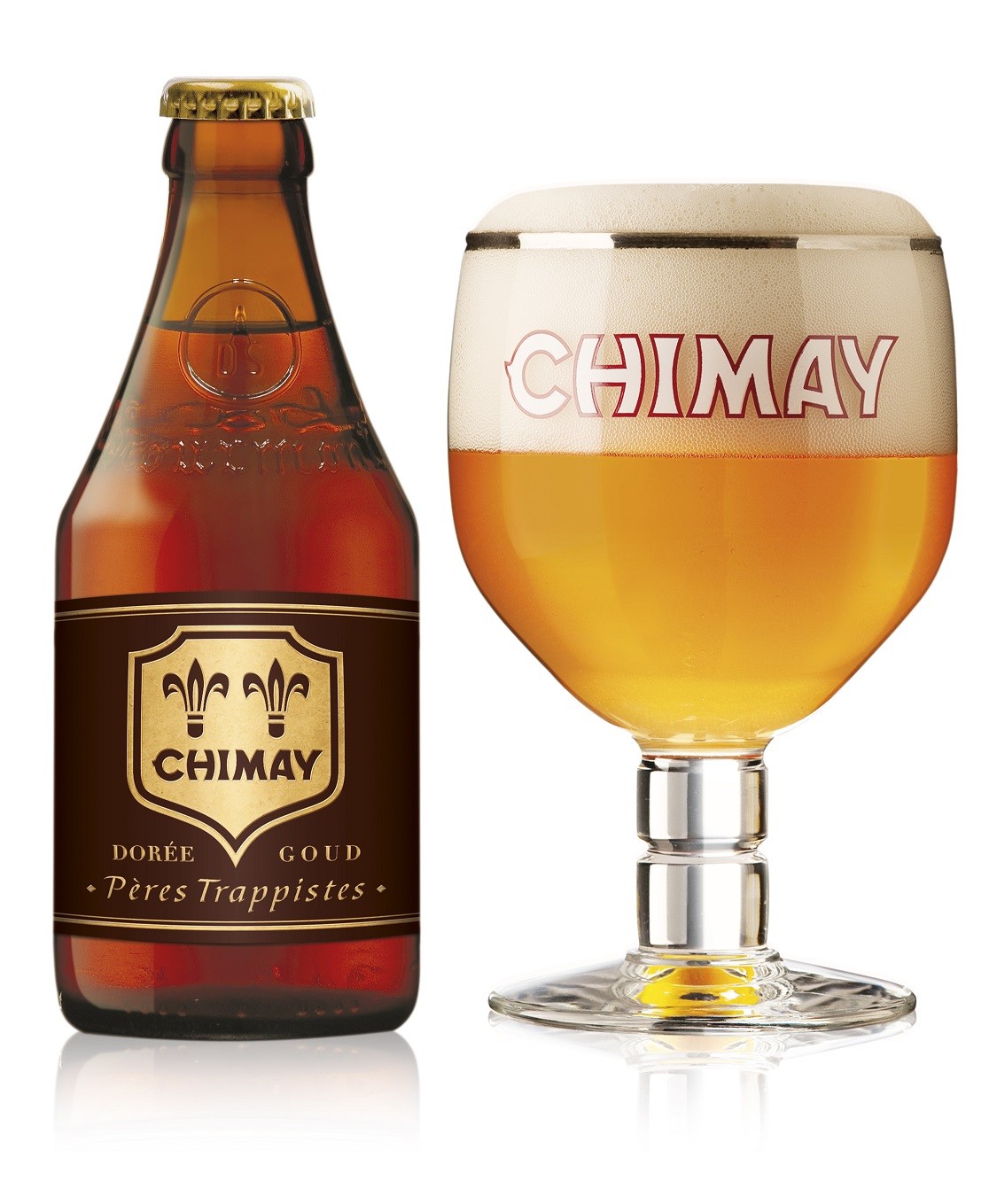 e (Golden), 4.8% ABV ale, brewed from very similar ingredients as the Red, but paler and spiced differently. It is apatersbier, intended only to be drunk at the Abbey or at the nearby inn Auberge de Poteaupré, which is associated with the abbey. The monks themselves drink this variety rather than the stronger three. It is unusual for bottles of the Chimay Dorée to be available outside the Abbey or local inn and those that do are from unofficial sources. However, from 2013, a limited quantity of this beer was sold on draught in the United Kingdom, at 19 Fuller’s pubs and in Italy, where only 50 pubs sell this variety of beer, as well as in 330 ml bottles in some export markets.